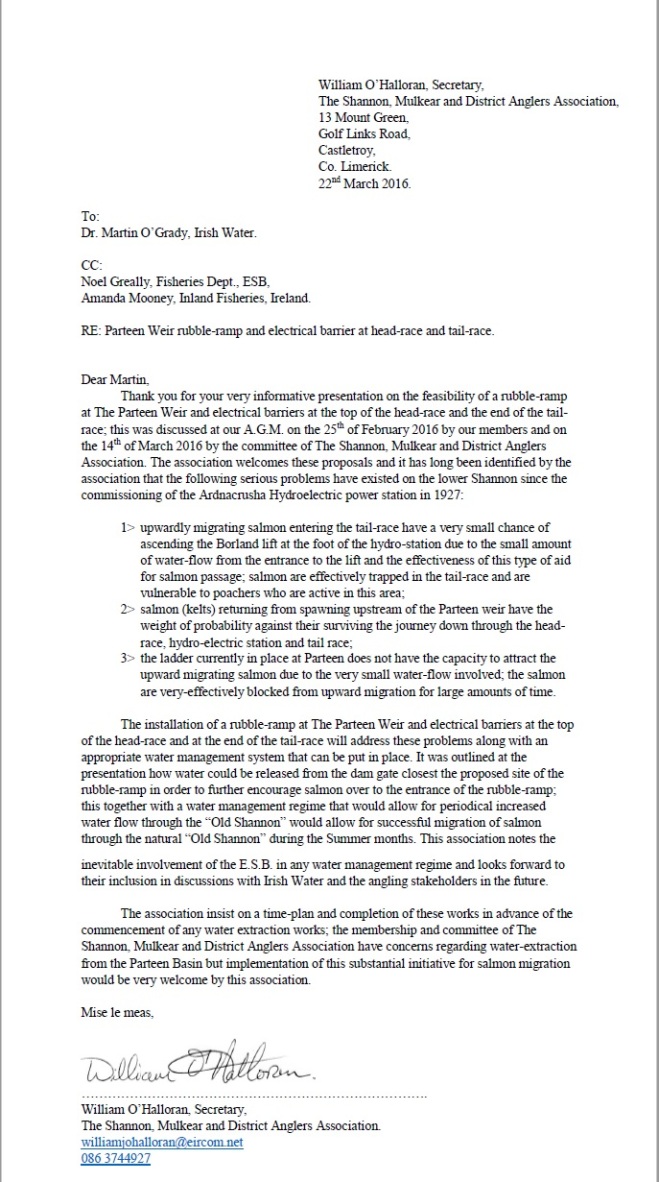 The 2016 AGM will be held this year at  8 PM on Thursday 25th Feb. in Crokers, Murroe. Permits will be available from 7.30 (discount of €30 for club members). Discussion items to include club response to ESB proposal to make the Long Field ‘fly only’.

See you all there.

As part of fisheries awareness week the IFI will stock Paddy Mac’s lake with trout. It will be open to the public between 2pm and 5pm on Sat. 23rd May. And on Sun. 24th May from 12pm. Members are encouraged to bring the kids along to introduce them to the sport of trout angling. Paddy Mac’s lake is just outside O’Briensbridge on the Killaloe road. 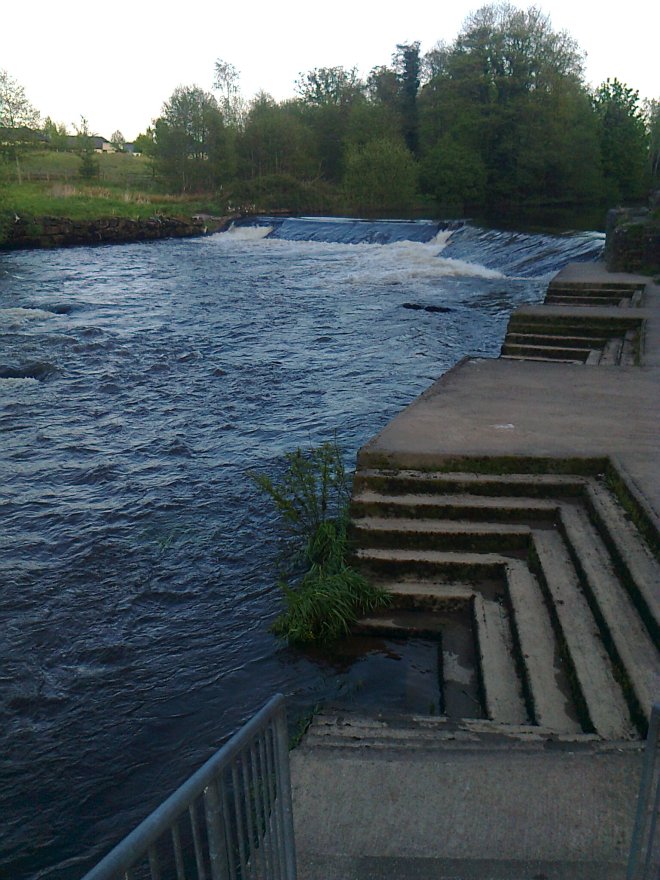 Good spinning & fly water this evening on the Mulkear. Forcast for tomorrow is for good weather. River should be in perfect condition. 12/05/15

Over the week-end with water levels dropping anglers on the lower shannon were meeting running fish. If the rain stays away the Mulkear should be in good condition this week.

Thanks to all the club members who turned up at Abington for the Limerick clean up today (Good Friday). 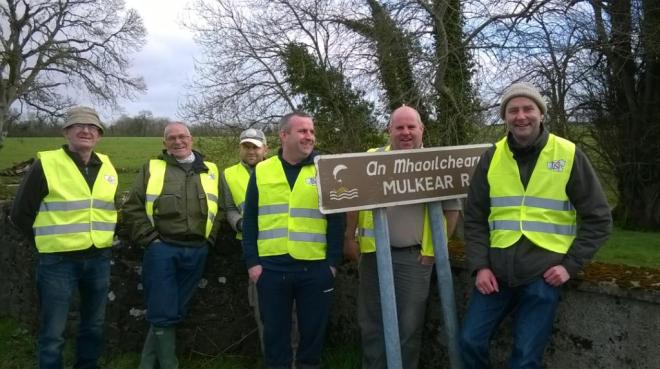 Team Limerick clean up will take place this (Good) Friday. We will be cleaning up the area around Abington Bridge. Meeting at Abington grave yard at 9 AM. Contact William O’Halloran at 0863744927

The 2015 A.G.M. was held in Croker’s, Murroe, on the 26th of February 2015. 40 Anglers were present also present was Colm Walsh, local fisheries officer of the Inland Fisheries of Ireland (I.F.I.) who outlined the salmon angling regulations for the 2015 season.

Election of officers and committee: Luke Ryan, who has been a member of the club for approximately 40 years was elected as President of the club. Officers of the club elected on the night are, Chairman, Matt Foley, Secretary, William O’Halloran, Vice-Chairman, Richard Keays and Treasurer, Enda Ahearne. Committee members elected are Tony Foley, Eddie O’Dwyer, Mike Sheehy, Alan Kett, Brendan McMahon, Chris Nix and Matt Foley (jnr).

Members discussed many issues including, the fishcounter at the Ballyclough weir, the catch and release regulations on the Mulcair for the 2015 season and the illegal dumping of rubbish into rivers, which is becoming widespread. The club would like to thank the following people: Peter Clohessy of Croker’s, Murroe for providing Croker’s lounge for the meeting; Colm Walsh, local fisheries officer of the I.F.I. for his attendance before the meeting and facilitating the sale of the Salmon licence for anglers and all anglers who took the time to attend the A.G.M.